Hurricane Harvey could ignite a surge in mosquitoes capable of spreading Zika in southeast Texas, public health experts warned even as the storm was lashing the Gulf Coast over the weekend.

The standing water Harvey will leave behind will become their perfect breeding ground, including for Aedes aegypti mosquitoes blamed for spreading the disease. Officials are urging those returning to their homes after the storm to dump flower pots, bird baths and other containers with standing water.

The U.S. has enjoyed a relatively Zika-free year in 2017, with just a single case of the disease being spread locally by mosquito. That case came in Hidalgo County, along the border with Mexico.Tamaulipas, the Mexican state on the other side of the boundary from Hidalgo Country, is one of three hard-hit states in Mexico where the number of Zika cases has risen this year.

After the hurricane subsides, there will be pools of stagnant water, a perfect breeding ground for mosquitoes. This was already a disproportionate risk in poorer areas of cities like Houston. 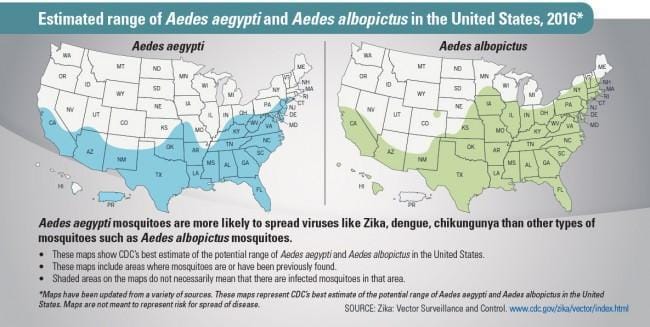 After Hurricane Katrina, a doubling of West Nile disease cases was seen in the hurricane-affected areas of Louisiana and Mississippi.