These Texas Cities Ranked Worst For Mosquitoes In 2018

Home » These Texas Cities Ranked Worst For Mosquitoes In 2018 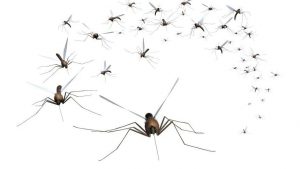 Dallas, Fort Worth, and Houston ranked among the worst US cities for mosquitoes according to entomologist Mark Beavers, Ph.D.

Besides making life outdoors uncomfortable, mosquitoes are one of the world’s most dangerous pests, affecting humans and animals alike. Internationally, they can transmit diseases such as malaria, yellow fever and dengue fever through their bites. In the United States, mosquitoes are known to transmit Zika, West Nile virus and other illnesses that can cause encephalitis, or swelling of the brain. “Mosquitoes are a public health threat,” said entomologist Mark Beavers, Ph.D. “Zika virus is currently one of the most notable illnesses that can be spread by mosquitoes, and it will likely be a problem again this year, especially in areas where the type of mosquito that can carry the virus thrives.” The cities are ranked by the number of residential and commercial mosquito treatments the company performed from April 1, 2016 to March 31, 2017.

Take extra precautions and think about installing an automated mosquito misting system, we offer all the design help you need!